by anand
in Cut Off

CLAT 2014 Cut Off will give the round wise last rank admitted in NLUO Orissa. In the table published below, you can see details of candidate who secured in NLUO Orissa, corresponding category and  Marks secured in CAT 2014.
CLAT cut off is the minimum marks required to be secured by a candidate to get in the NLU of his/her choice. From the CLAT cut offs, prospective CLAT aspirants can get an idea of NLSIU Banglore cutoff details by knowing the corresponding ranks and marks of candidates in previous years.
This will also show the opening and closing ranks of NLUO Orissa in the year 2014. 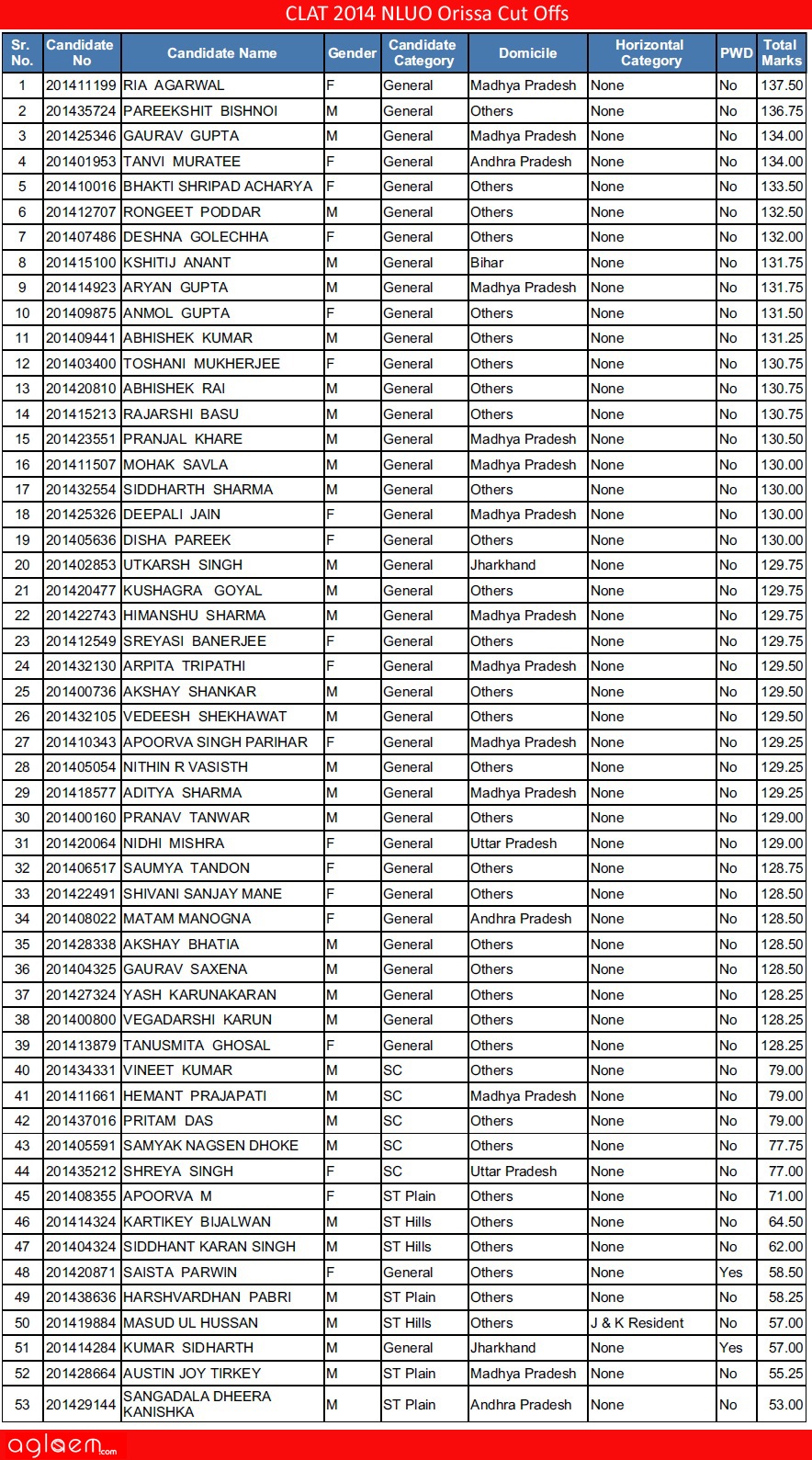 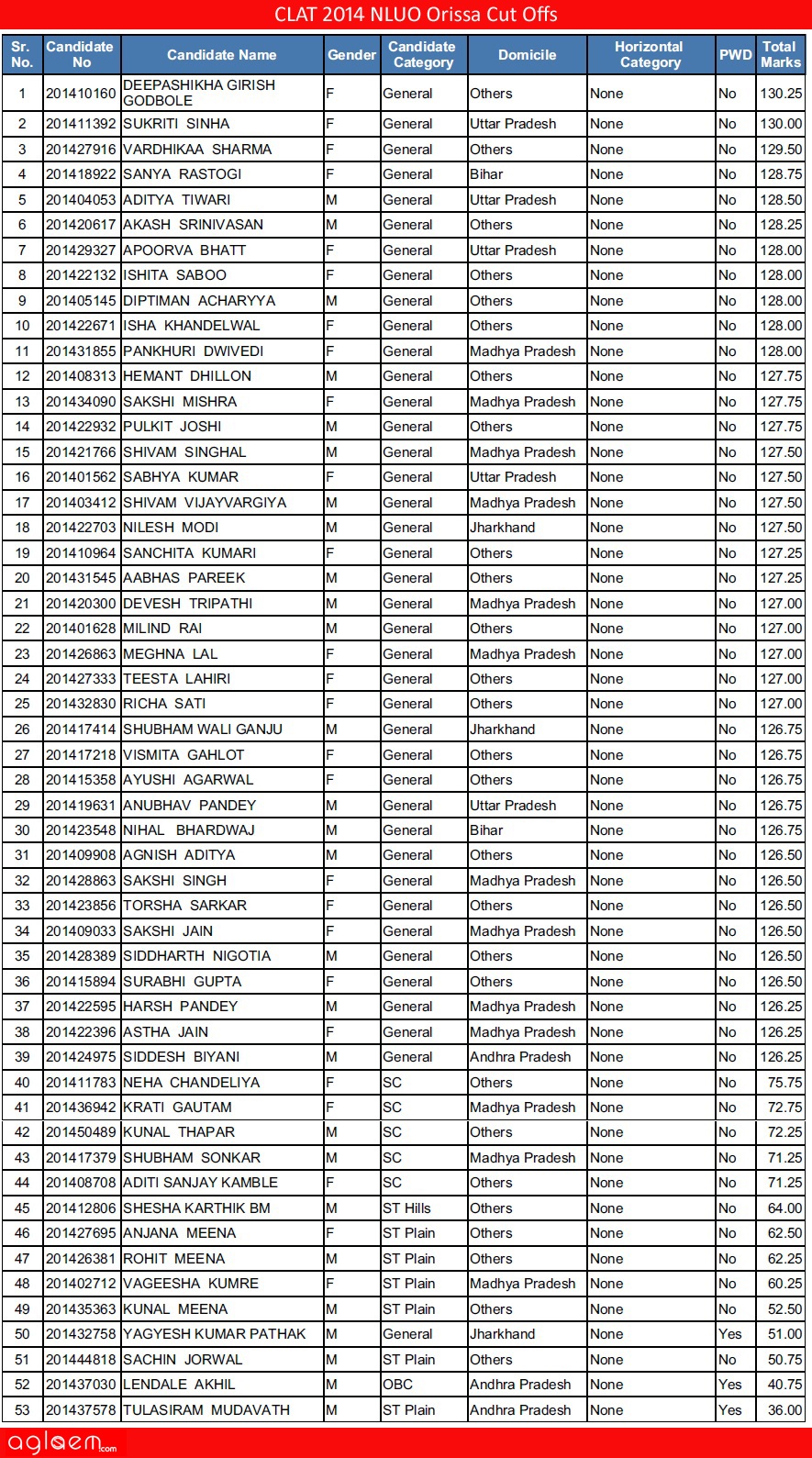 Please note that the All India ranks obtained in CLAT are used in the CLAT cut off table.
Click Here for All Law Schools CLAT 2014 Cut Offs